The hazy sun rises behind clouds of lingering dust. Your nose tickles at the smell of animal musk and…well, other not-so-pleasant animal smells. Clucks, snorts, and groans are heard in the near distance – animals are a part of a working farm and ranch.  In particular, working dogs and cats can rule the roost.

The dirt beneath trotting paws that follow an invisible boundary keep livestock in command.  There are many types of farm dogs.   Some breeds, such as the Australian Cattle Dog, typically nip at the heels of animals (for this reason they are called heelers).  Other breeds, notably the Border Collie, get in front of the animals and use what is called strong eye to stare down the animals; they are known as headers. The headers or fetching dogs keep livestock in a group. They consistently go to the front or head of the animals to turn or stop the animal’s movement. The heelers or driving dogs keep pushing the animals forward. Typically, they stay behind the herd.

The Australian Kelpie and Australian Koolie use both these methods and also run along the backs of sheep so are said to head, heel, and back. Other types such as the Australian Shepherd, English Shepherd and Welsh Sheepdog are moderate to loose eyed, working more independently. The New Zealand Huntaway uses its loud, deep bark to muster mobs of sheep. Belgian Shepherds, German Shepherd Dogs and Briards are historically tending dogs, who act as a “living fence”, guiding large flocks of sheep to graze, while preventing them from eating valuable crops and wandering onto roads.

While dogs may be the main working animals, the prowl of a feline huntress can give important clues to where an unwanted rodents may be wreaking havoc.  Farm cats, also known as a barn cats, eat assorted vermin such as rodents and other small animals that live in or around outbuildings and farm fields. The need for the farm cat may have been the original reason cats were domesticated, to keep rodents from consuming or contaminating grain crops stored for later human consumption.

August 8th is National Cat Day, and August 26th is International Dog Day.  We want to show our appreciation for all those doggos and cats that are (sometimes) the unsung heroes of these Central Oregon farms and ranches. We do not take for granted the true impact they bring to our lives. The next time you put on a pair of soft wool socks, grill a delicious beef steak, or bite into a healthy leaf of lettuce (with no mice bites taken out of it) be sure to think of the canines and felines that work tirelessly to provide for you.

Scroll through the photos above to meet these special dogs and cats of Central Oregon, and learn about typical dog calls below!

Much of this information was taken from Working Dogs on wikipedia. 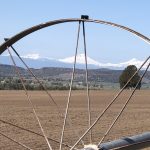 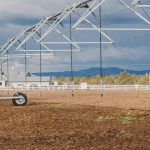