The alliance hosts several gleaning events throughout the year, when volunteers visit area farms and collect extra produce such as squash, zucchini and kale.

“There is going to be a percentage of crops that might get damaged or don’t grow perfectly,” said Meiko Lunetta, program coordinator at the alliance, a nonprofit that supports a regional food system. “There is always going to be that percentage of extra produce.”

Since the Grow & Give program started in 2015, the alliance has collected 50,000 pounds of fresh produce and donated it all to NeighborImpact, the nonprofit that runs the region’s food bank and delivers the produce to food pantries and meal sites across Central Oregon.

The goal each year is to collect 15,000 pounds of produce. More than 6,000 pounds have been collected so far this year, staying on pace to reach the annual goal, Lunetta said.

Most of the donated produce comes from the gleaning events. But some of it is donated from farmers markets and from people’s backyard gardens.

“We collect at the farms as well as the farmers markets,” Lunetta said.

The gathered produce is stored at a commercial kitchen in Bend, where it is picked up by NeighborImpact and delivered the same day to the food pantries and meal sites.

“I just love what a strong collaboration there is between our organization, the farmers and NeighborImpact being able to get that produce out there,” Lunetta said.

Carly Sanders, food program director at NeighborImpact, said the efficiency of the program allows NeighborImpact to offer highly perishable produce such as strawberries and tomatoes that are not often found at food banks.

“Our largest benefit is the variety and the freshness,” Sanders said. “When farmers share their bounty, it just adds a lot of fresh variety to our pantries.”

Those in need who receive the fresh produce are overjoyed, Sanders said.

“They love to see the different type of produce that comes in,” she said. “They love that it’s local produce and it’s fresh and in season.”

Gleaning the extra produce and delivering it to food pantries also meets an important need in the community. More than 28,000 people in Central Oregon do not have reliable access to affordable and nutritious food, according to the food and farm alliance.

“We have neighbors that could use access to fresh produce,” she said.

Lunetta hopes the program continues to grow in future years by adding more farmers for gleaning and more farmers markets in the region.

“Slowly but surely, we are getting that work out there,” she said. 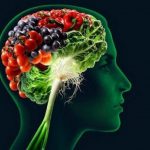 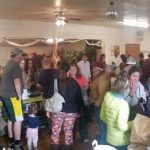