$1.5 Million in Relief Funds Allocated for Small-Scale Farmers and Ranchers

Statewide Team Advocates for and Receives $1.5 Million in Emergency Relief Funding for Small-Scale Farmers and Ranchers

A statewide team of food and farm advocates working through the Oregon Community Food System Network (OCFSN) secured $1.5 million dollars in state funding to establish a grant fund for small-scale producers located in Oregon impacted by natural disaster in 2021. This funding was passed during a special session on December 13th as part of a larger package worth $100 million.

The result of this decision is celebrated by local food advocates across the state as producers continue to share stories of financial and environmental loss caused by wildfire, drought, and severe heat over the last year. HDFFA is joined by the Oregon Climate and Agriculture Network, Our Family Farmers, Friends of Family Farmers, Northeast Oregon Economic Development District, and the Oregon Community Food System Network’s Leadership Team to develop a framework for the grant program and advocate for funds.

HDFFA submitted a letter to Central Oregon’s state senators, state representatives, and the governor asking them to allocate a portion of funds earmarked for natural disaster relief to be set aside for small-scale producers facing the impact of extreme drought in the region. The letter was co-signed by 75 entities ranging from farmers, ranchers, local businesses, and community members. A portion of the letter reads: “Many of our farm and ranch partners do not qualify for existing federal assistance and are caught without support to help persevere through the current situation. Beginning farmers and ranchers are still creating viable businesses and do not necessarily have the financial means to weather multiple years of shocks. Additionally, underrepresented farmers and ranchers, including people who are Black, Indigenous, and/or People of Color, are historically and currently at a disadvantage for accessing federal funds. Between COVID, hail, wildfires, and especially drought, our farm and ranch partners have consistently pivoted and adapted to the best of their ability. This year, however, water supplies have been cut off earlier than ever – some by the end of July – leaving producers without water for crops and pasture.”

“Small farmers often do not have the time to go through lengthy government application processes and many do not want to take out additional loans. As the Governor’s Natural Resources Office developed the Forgivable Loan Program structure, we advocated for and provided testimony from partners on why direct payments would be more beneficial to small-scale producers,” says Annie Nichols, HDFFA’s Agricultural Support Manager. We are thrilled that the Governor’s office and our legislators recognized the need to provide another avenue for the small-scale  farmers and ranchers that feed our communities and we look forward to working with OCFSN in the following months to disburse these funds to producers in need.”

The full Relief Package also contains $40 million for the Forgivable Disaster Loan Program with 14% allocated for Jefferson County producers,  $5.5 million to North Unit Irrigation District, and $4 million to Jefferson County for drought resiliency and soil conservation work. A separate pool of $1.5 million is set aside for OCFSN to manage, and will be used for “direct financial support, in the form of grants, to small-scale farmers impacted by drought, heat, or wildfire; who are unable to access federal disaster relief funds and/or the State’s Forgivable Disaster Loan Program.

More information about the Oregon Community Food Systems Network can be found at www.ocfsn.net. 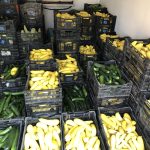 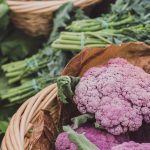