About 60 people lined up outside a large food truck Thursday and were able to pick from 11 types of produce and a variety of nonperishable items such as beans and rice. The vast selection of fruits and vegetables were a highlight of the day, said Carly Sanders, food program director for nonprofit NeighborImpact. People took home strawberries, oranges, tangerines, tomatoes, carrots, onions, apples and other fresh goods.

“People were just so excited to have access to that produce,” Sanders said.

The NeighborImpact program, Fresh to You, will continue to have the food truck parked outside Mosaic Medical in Prineville on the second and fourth Thursday of each month from 11 a.m. to 1 p.m.

NeighborImpact transformed a diesel delivery truck into the mobile food pantry to reach people in remote parts of Central Oregon who are struggling financially and do not have reliable transportation to a food pantry.

The long-term plan is to expand the program to other outlying parts of Central Oregon, where residents have a need for food pantry items.

“It’s a way to create greater access to food,” Sanders said. “We are trying to meet folks where they are at and target underserved populations.”

NeighborImpact is partnering with High Desert Food and Farm Alliance to offer ready-to-make meals from the food truck similar to the national meal-kit service Blue Apron.

The food and farm alliance is creating the meals with ingredients from local farms and giving them to people who qualify for the organization’s VeggieRx program. Participants are referred by physicians or sign up on their own and explain how they have poor access to fresh food and are dealing with diet-related diseases such as diabetes.

Hannah Brzozowski, VeggieRx program director for the food and farm alliance, said the program will go for 8 weeks and serve up to 100 people. The VeggieRx program offers vouchers for produce at the Bend and Redmond farmers markets. But having the program connected to the mobile food truck helps reach even more people, Brzozowski said.

“I’m excited for it to pick up momentum,” she said

Sanders said the 60 people who received food from the truck Thursday likely shared it with family, making the total number of people served about 180.

Sanders thinks that number will grow next time when the food truck returns to Prineville on June 27.

NeighborImpact chose to start the mobile food pantry in Prineville because the nonprofit felt the town had the greatest need, Sanders said.

In addition to Prineville, NeighborImpact is considering bringing the food truck to other Mosaic Medical Clinic locations in Central Oregon, as well as other rural towns.

Having a food pantry that can travel gives NeighborImpact more options.

“We are trying to create alternate ways of reaching folks,” Sanders said. 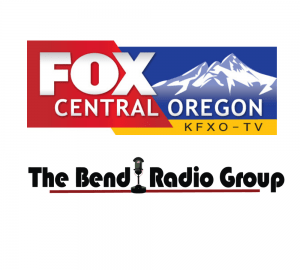 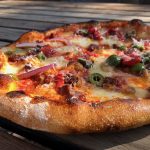